African trade beads (Millefiori and Russian Blue) originated from Europe and were in the past used for trading purposes in Africa in the period between the 17th century and the early 20th century. These glass beads were historically used by chiefs as currency in exchange for slaves, as well as gold and ivory. 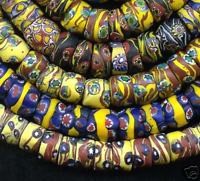 Millefiori is an Italian word meaning ” a thousand flowers”. Millefiori beads are also known as “mosaic” beads throughout the world. These glass beads are one of the most sought after varieties of Venetian Trade Beads due to their history and beauty. Produced in Murano, Venice, from the 1400s onwards, they played a pivotal role in African-European trade relations until the early 20th Century, exchanged for both dry goods and slaves along the Ivory Coast. We use some of these in our jewelry-but only one per piece. They are rare and very beautiful.

In our pieces we use mostly faceted cobalt and darker blue pieces, as they are a bit easier to find in the market than the translucent blues. 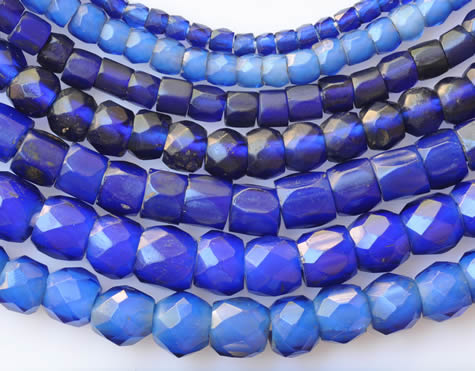 All African Trade Beads are glass and are therefore fragile.

All Pieces are Handmade in the USA
Copyright ©2022 Long Life Sisters. All Rights Reserved. Powered by Square1 Media Group

Use this form to find things you need on this site